The title of the last Book in the Holy Bible is The Revelation of Jesus Christ. The Book consisting of 22 chapters, reveals that the Lord Jesus Christ is Almighty Jehovah God, spiritually equal to the Father and the Holy Spirit. Authoritatively, Christ the Son obeys every command of the Father, and the Spirit obeys both the Father and the Son. But, as for the Church and for the coming Millennial kingdom on earth, the Father gives to His Son the throne and authority to judge and reign.

END_OF_DOCUMENT_TOKEN_TO_BE_REPLACED The word seven, described by W. E. Vine, generally expresses completeness. Although used by John the apostle in the Book of Revelation, the word seven is not found in the Gospel of John. This special numeral can also mean full, abundant; perfect completion.

The two-word term seven thunders appear only three times. All these three are in Revelation 10 verses three and four. This chapter creates a pause between the sounding of the sixth and seventh trumpets, because God’s judgment is about to be greatly intensified. Further and more severe disasters are pending and imminent as the prophesy progresses toward the end of end times. The sixth angel had sounded his trumpet in Revelation 9:13, but the seventh angel will not sound his trumpet until Revelation 11:15. The break between these last two trumpets is given in the eleven verses of Chapter 10:

END_OF_DOCUMENT_TOKEN_TO_BE_REPLACED When we read in the Book of Revelation about the opening of the seven seals, the sounding of the seven trumpets, the pouring out of the vials—or bowls; these, in our present age, are strong, vivid warnings of what wrath lies ahead. But shortly beyond present time, these are no longer future; these prophesies are being fulfilled “right now” during the Tribulation period. As each trumpet is sounded, tragedies progressively get worse and worse.

Beginning where Revelation chapter 6 left off, the seventh seal probably contains the seven trumpets. When that seventh seal is opened, the tribulation situation will become much more serious. This fact is pointed out in the first verse of chapter 8. Of course the timing of each action is given in past tense since John the apostle is writing about the vision the Lord had given him:

When He [the Savior] opened the seventh seal, there was silence in heaven for about half an hour. (Revelation 8:1)

END_OF_DOCUMENT_TOKEN_TO_BE_REPLACED 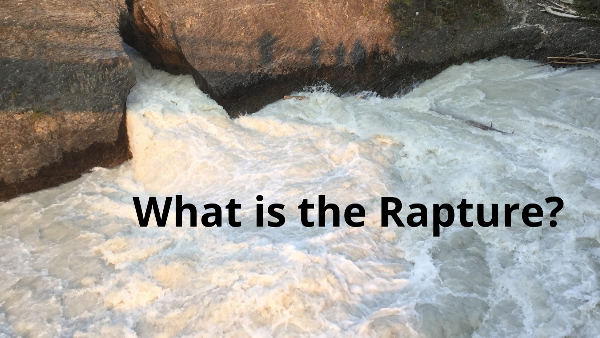 According to the Holman Illustrated Bible Dictionary,
“Rapture: God’s taking the church out of the world instantaneously.”

Rapture comes from the root word, rap: to snatch, and is closely related to rapt: snatched away; transported. The word rapture is not in the Bible, but the definition is certainly fulfilled in the following Scriptures:

1 Thessalonians 4:14-17
14For if we believe that Jesus died and rose again, even so God will bring with Him those who sleep [those who have died in belief] in Jesus. 15For this we say to you by the word of the Lord, that we who are alive and remain until the coming of the Lord will by no means precede those who are asleep [have died]. 16For the Lord Himself will descend from heaven with a shout, with the voice of an archangel, and with the trumpet of God. And the dead in Christ will rise first. 17Then we who are alive and remain shall be caught up together with them in the clouds to meet the Lord in the air. And thus we shall always be with the Lord.

John 14:3b
“I will come again and receive you to Myself; that where I am, there you may be also.”

1 Corinthians 15:52
In a moment, in the twinkling of an eye, at the last trumpet [of the Church Age]. For the trumpet will sound, and the dead will be raised incorruptible [not to die again], and we shall be changed.

Revelation 4:1
After these things [the last messages to all the churches] I looked, and behold, a door standing open in heaven. And the first voice which I heard was like a trumpet speaking with me, saying, “Come up here, and I will show you things which must take place after this.”

END_OF_DOCUMENT_TOKEN_TO_BE_REPLACED 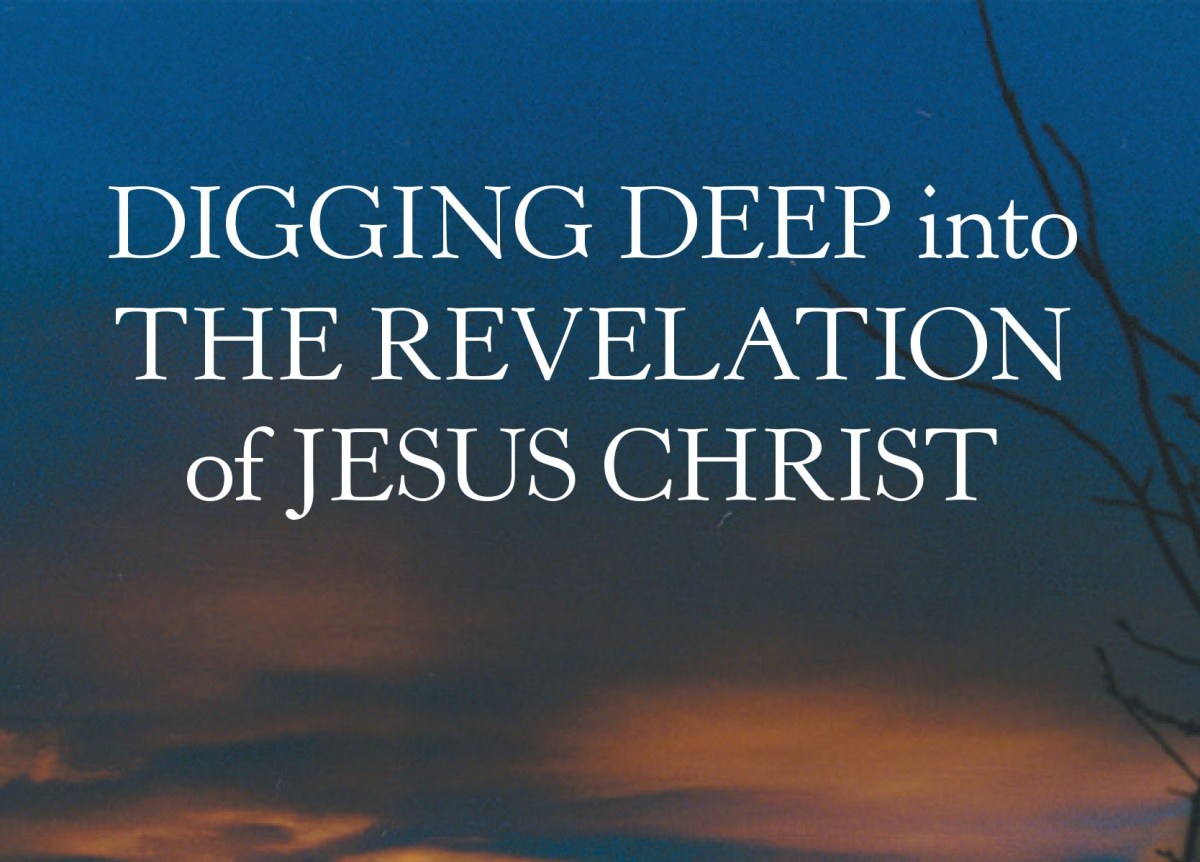 Originally I wanted to post another excerpt from our upcoming book “Considering Wisdom”, but then, this morning, I thought that some Exam Questions from the “Digging Deep into the Revelation of Jesus Christ Exam Booklet to the Study Guide” would be a nice challenge for today.

So here are the 10 questions for

1.  During the Great Tribulation Jerusalem will be under the control of

A. The Russian, Chinese, and Iranian military units
B. The Jews
C. The Gentiles
D. All of the above

END_OF_DOCUMENT_TOKEN_TO_BE_REPLACED

In Part 1, we noticed God makes one New Covenant solely with Israel. Now let us consider four spiritual blessings the Church receives and relate them to God’s future enactment of the New Covenant with Israel. First, every believer in Christ has been born from above, imparted with a new nature in Christ. Born spiritually dead at our physical birth, we have been regenerated (born again) and made spiritually alive in Christ Jesus (Eph. 2:1). The Holy Spirit has imparted new life to us and this life of Christ remains in us forever (1 John 3:9). Second, paying in full the penalty for our sins, Christ has also redeemed the believer from the guilt and power of sin. God permanently forgives us, choosing to remember our sins no longer (Heb. 8:8-13; 10:15-18). Third, the Holy Spirit permanently indwells the believer from the moment of their regeneration. Fourth, this indwelling is the guarantee that our body will be redeemed and glorified at the rapture.

END_OF_DOCUMENT_TOKEN_TO_BE_REPLACED

Today’s and next week’s posts will be articles from the Cornerstone Magazine written by George Ferrier.

Romans 9:4-5 lists the unique privileges that Israel enjoyed as a nation. Among these were the covenants. Therefore, the covenants “pertain” or belong to Israel, not the Church. Prophesying of the New Covenant Jeremiah 31:31 says, “Behold, the days are coming, says the Lord, when I will make a new covenant with the house of Israel and with the house of Judah.”1  Someday the Lord will enact a New Covenant with the twelve tribes of Israel (Eze. 37:19). Like the Abrahamic, Land, and Davidic covenants, God’s New Covenant with Israel will be unilateral and unconditional. It is guaranteed, resting upon the character of a God who cannot lie (Titus 1:2).

END_OF_DOCUMENT_TOKEN_TO_BE_REPLACED

What is the status of our publishing career and what is keeping us busy right now? 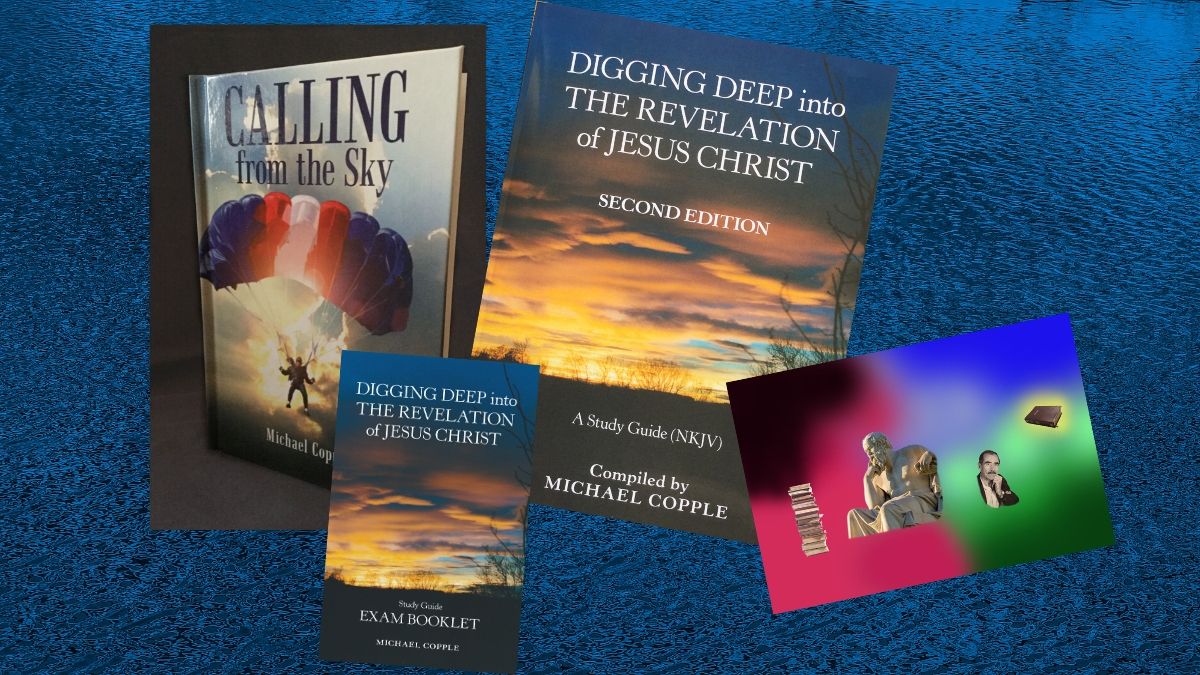 CALLING from the Sky;
Digging Deep into the Revelation of Jesus Christ – A Study Guide;
Exam Booklet to the Study Guide;
Considering Wisdom;
Developing Discernment; and
Vastness of Pace

END_OF_DOCUMENT_TOKEN_TO_BE_REPLACED

Jesus Christ being God and the Son of God called Himself Son of Man.

Why did He do that and what does it mean?

The “Son of Man” was a Messianic title pointing to the Messiah who we now know is Jesus Christ. The Jews knew the Old Testament and therefore could relate to the term “Messiah”. They were actually waiting for the Messiah, but unfortunately wouldn’t acknowledge Jesus to be that Messiah.

You even find the words “Son of Man” mentioned in the Old Testament pointing to the coming of the Lord Jesus Christ in Daniel.

END_OF_DOCUMENT_TOKEN_TO_BE_REPLACED

Today we are continuing our discussion from last week.

The “church” is only mentioned in the Book of Revelation in the first 3 chapters and then, not anymore, until in chapter 22 verse 16!

END_OF_DOCUMENT_TOKEN_TO_BE_REPLACED

WHAT IS THE ROLE OF THE CHURCH IN THE BOOK OF REVELATION?

Have you ever asked friends, family or people around you how they define “church”? I find that a lot of them associate the “church” with the building where Christians fellowship and worship God.

However, when we study the Scriptures we find out that the “church” is not a building. Buildings are man-made. God doesn’t live in a building.

Acts 17:24:
“God, who made the world and everything in it, since He is Lord of heaven and earth, does not dwell in temples made with hands.”

Acts 7:48- 50:
48“However, the Most High does not dwell in temples made with hands, as the prophet says:
49‘Heaven is My throne,
And earth is My footstool.
What house will you build for Me? says the Lord,
Or what is the place of My rest?
50Has My hand not made all these things?’

So, if the building is not the “church”, what is?

END_OF_DOCUMENT_TOKEN_TO_BE_REPLACED

“hold fast till I come… keepeth my works unto the end”

We live in a changing world – and church.  Truth once held is being let go in the name of liberty.  And in our technological explosion things are changing almost monthly.  We let go of what was the “newest and greatest” to further upgrade to something more exciting.

Is it easy to hold something fast for a long period of time?  Try holding a 3-pound book in your hand while standing.  For a few minutes it’s easy.  But could you do it for even a week?  Tiredness, hunger, inconvenience, time demands, peer pressure to move on, and even boredom would make it a monumental task.

There are things the Lord asks His children to hold fast (not let go of) until He comes.  But that can be hard because of relativism, results, reputation, relationships, and regression (small at times).  If 20 people were standing side-by-side in a straight line and eventually 19 stepped back, the one who didn’t move now looks strange and out of unity with the others.  Yet we are exhorted to be “steadfast, unmovable,” 1Cor. 15:58.

END_OF_DOCUMENT_TOKEN_TO_BE_REPLACED

We have been studying the Book of Revelation but the other day while reading Colossians 2:1-23 I realized that this relates to Revelation 3:14-22.

Colossians 2:1 – Paul writes:
“For I want you to know what a great conflict I have for you and those in Laodicea,…”

END_OF_DOCUMENT_TOKEN_TO_BE_REPLACED

Revelation 2:12
“12And to the angel of the church in Pergamos write, ‘These things says He who has the sharp two-edged sword: “